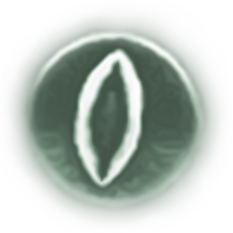 Complete any WoW TBC Classic raid with a group of professional players! 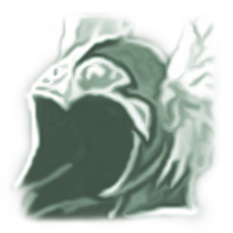 Get the most desired TBC Classic raid gear hassle-free!

World of Warcraft Burning Crusade raid design is especially epic. Compared to Classic WoW, players have to find and cooperate with 25 players instead of 40.

However, even if you play optimally, there are some difficulties in PuGs:

Any of these reasons shouldn’t stop you.

Like if you’ve decided to make an alt and you need a fast run and Burning Crusade raid loot to gear up. Yet all of these reasons mentioned are tied to one thing: time.

Is your time sinking away too fast? Buy TBC raid runs

Finding a party can be troublesome. You might spend too much time finding a suitable group.
That means, if you’re playing optimally, you would spend 1-2 hours a day playing the game, maybe on weekends. You prioritize your real life. You can’t afford to spend an hour looking for a group for another hour, perhaps even urgently quitting the last boss.

You can get your TBC raid boost done by professionals. You know what to expect of them: they’re fully ready to do TBC raid carries you need faster than any PuG you could find.

Why keep yourself waiting for a group? Try TBC raids boosting!

You’ve been looking for a group for the past hour. You’re tired of waiting and eager to hop in and play the game.

You successfully clear packs of mobs, everyone’s doing their job, you’re having fun.

Then suddenly, your tank is bickering in chat, making everyone uncomfortable.

You try to ignore them. You wipe on the first boss. Tank leaves; you’re looking for another one for the next half an hour.

The moral of the story is you don’t have to be relying on other people’s benevolence.

Waiting for a replacement for hours until you get someone adequate.

When you obtain a TBC raid carry, everyone’s being professional. No one’s trying to put spokes in the wheels. The only time you’ll have to wait is while you’re flying to the raid entrance. (you’d probably be summoned, though)

With fair TBC raid services, you won’t fight for the loot

Some people lock the items they need. That means you’re gonna wait even more until a suitable group appears in chat.

Seriously, why fight for the loot with other players when you could have a fair chance of getting it? Sometimes people do TBC raid loot runs but lock essential items.

Sure, it’s RNG, yet no one will lock items for no reason.

The raid will be run fast, loot rolled fair, no hiccups, no childish arguing.

Unless you have a guild or a group of friends, PuGs are unreliable.

Some raid leaders have an inadequate perception of what a raider should be. Item level, consumables. If you’re simply looking for a fast run, you might end up skipping a bunch of annoying min maxers.

We don’t set the rules. You do. So you can run a raid of your choice as comfortably as possible.

There’s always going to be that one person disrupting your run. Pulling everyone behind.

I’m not even mentioning AFKers. Those guys are a menace, making raiders wait.

With that said, you don’t wait for anyone. You know who you’re paying — only the skilled players that do not stand in fire or AFK.

We’re crazy about high-skill. We want to share that passion with you. Showing you that running World of Warcraft Burning Crusade raids and getting that TBC raid loot can take less than an hour.

Forget hearing “I haven’t attuned yet”

Sometimes that’s the reason why people get kicked out of the guild. Having attunements is crucial, especially for getting TBC raid sets.

You’re not that kind of person. You’re ready to clear out all the bosses.

You value your time. So do we: the Burning Crusade raids carry will be run smoothly as butter.

No wipes, no leavers. You come into the raid and come out of it with loot. (If RNG is in your favor)

The first two are pretty fast and shouldn’t take more than one day. It’s only two bosses in Gruul’s Lair and one in Magtheridon’s Lair.

If you were worried about time, performance should be completely shrugged off. By that, we don’t mean malice; you’ll just have fun running with us. WoW is extremely fun when every player in the raid does what they’re supposed to.

Forget about any inconvenience and frustration: low-skilled players aren’t a thing on Gamingcy.

We have a platform of more than 2067 professional boosters available for you to command.

They have played Burning Crusade on retail and know how to run any raid you choose.

It’s one of two small raids of TBC.

Our professional boosters will fight alongside you if you need some loot from this dungeon.

All you need is an active subscription and a level 70 character.

This is another mini-raid of TBC. You can get a chance of a loot drop for your class.

It has only two bosses, so it’s not going to take long.

It’s not some Third-Party thing

We don’t use any third-party software while boosting. We do all the work manually.

As you would expect, if you buy a boost into Karazhan, it will be run by our boosters that have done it a million times already.

Karazhan is long, so the chances of players leaving or playing poorly are proportionally increasing.

Not only do you get a chance for loot drop, but also amount - Fiery Warhorse’s Reins.

Every instance mentioned before drops gorgeous Tier 4 set tokens which you can exchange for a class set.

We’ve done over 200k+ orders and know how to determine our prices reasonably.

There’s no need for us to set our prices high: we’re confident in the quality of our boosts.

We guarantee you a smooth experience with our boosters.

Let’s refresh everything: raiding can be delightful leisure.

Games shouldn’t be a chore to play, and WoW is not a “Wait in queue” simulator.

Run your Raids now without having to wait

What’s the point of spending hours in queue spamming for a group in chat?

You can easily find a secure raid group here on Gamingcy!

Contact our support if you have any questions. Please, browse our raid carry services and have fun!