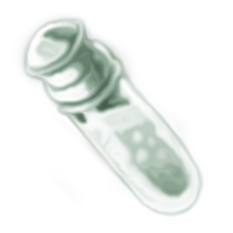 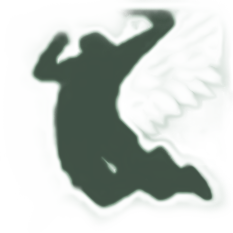 We can play while you’re afk, not interrupting your habitual gaming time.

We all recall how Burning Crusade professions differed from those in Classic WoW.

They were reworked, and every single one was viable in the game. Especially if paired with a specific class that will benefit more from professional bonuses (like warrior sword traits paired with blacksmithing's swordsmith).

In addition, Blizzard has added jewelcrafting to TBC.

WoW TBC Profession boost for sale at a fair price

Even though professions have been reworked in TBC, they have become more exciting and viable. Unlike Classic ones, you had to have a particular prof to get a place in the raid.

In TBC, profs have tremendous rewards like gear, weapons, various consumables, and gear enhancements. You also get upgraded recipes. Let's not forget about the gold-making potential of profs like jewelcrafting and enchanting.

TBC Classic professions leveling is worth it. However, to get to the point when profs start working for you instead of you for them, it takes a lot of:

Are you tired of WoW TBC Professions Leveling?

Leveling professions in TBC Classic did not differ significantly from Vanilla WoW. However, when it comes down to it, there are specific challenges.

The first thing that comes to mind is monotony. Usually, WoW TBC profession leveling often comprises two parts: grinding for mats and standing in the capital city crafting or selling your items on the auction house.

What we've described isn't exciting: it might be appealing the first time, but doing it again might cost you a few patience points. So we present you with a WoW TBC profession boost. You don't have to think about and wince at the thought of grinding again.

Maximize your efficiency without any effort

Imagine you're leveling multiple characters for any reason. Leveling up, gearing up, spending gold on gear, et cetera.

Leveling professions in WoW TBC is a time sink and a gold sink. When you're trying to level up a character, spending your time on profs can be redundant. You won't save time; instead, you end up losing your valuable currencies like gold.

If you choose the profitable Jewelcrafting and Enchanting, you're always going to be supplied with gold. It's because everyone constantly needs gear upgrades.

Like we said, WoW TBC character boost professions is best used when it's all maxed out by someone else, not you. You reap the benefits without putting in any effort.

Our boosters are ready to give it their all-time high performance to get you only the best quality TBC Classic profession boost. We've got a massive team of passionate players that are glad to help you out.

Rated 0 out of 5 based on 0 on
Double Your Free Time: Unbelievably Easy TBC Classic Professions Powerleveling

However, power leveling WoW TBC professions looks like this: you select a profession, place an order, and wait for it to be leveled up to maximum.

It's that easy, and it feels great to know that someone else will handle something you don't want to deal with!

Making another character could be an option since you can only level two professions at once. Indeed, it's practical to have multiple personalities.

Yet it's more effective to leave it to us to grind for you. WoW TBC professions leveling can be done without strenuous farming of mats or spending gold.

Make a fortune with the farming boost

They sell away like hotcakes since some of them are rare (like Primal Air: there aren't a lot of mobs that drop motes).

You won't have to spend days farming with the boost.

All you need is a level 70 character and at least some dungeons unlocked. (for Primal Nether)

If you need open-world primals like Primal Fire, Primal Earth, Primal Air, Primal Water, and Primal Shadow. Our boosters will farm mobs in zones of Outlands to get the desired amount of primal essences you need.

It takes 1-3 days for open-world primals and up to 10 days for Primal Nether.

When you buy WoW TBC professions boost, you save time and secure a gold income. The WoW economy heavily relies on crafted items, not just monster loot and rares. You can work for the auction house and become wealthy in TBC. As a result, we're offering you the opportunity to earn more money for a longer time!

For example, the two lucrative profs in Burning Crusade are Jewelcrafting and Enchanting. If you buy WoW TBC professions carry, you're golden! In every sense of that word.

Apart from being successful at the auction house, you will be wanted in guilds.

For example, PvE raids require at least one Leatherworker to boost the entire raid with Drums of Battle. Secure your place in the raid with our Burning Crusade professions boost. Boost your performance as well as your viability in raids and guilds - you won't be forgotten!

If you're not a fan of leatherworking, no worries: every other TBC prof is good. Jewelcrafting creates gems for the entire guild. Engineering can make gear, bombs, and dynamite. No matter which one you choose, our WoW TBC professions powerleveling is unrivaled in long-term performance in many WoW gaming aspects.

Your confidentiality and safety are our top priorities. You can expect we're using the safest measures possible. Our Burning Crusade profession boost requires no additional effort on your part.

Professions level themselves with Gamingcy

Should you need any prof for your particular class, be sure to check out Gamingcy.

We got the best and quickest offers on the market.

With the WoW TBC boost professions get to the next level. They "level themselves up" while you're doing something else. Provide yourself easy bonuses and a never-ending source of gold.