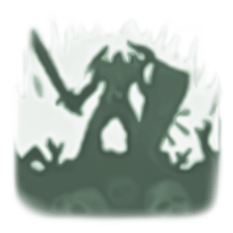 Avoid annoying wipes with pugs and endless LFG drama: get your dungeon run with PROs now! 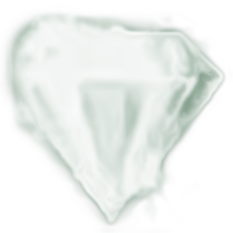 Get new powerful TBC Dungeon loot fast: our players will roll for every piece of gear that fits you! 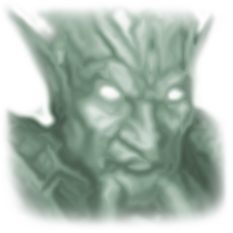 Get perfectly prepared for the hardcore TBC Classic raiding!

Imagine if you could follow the WoW TBC dungeon boosting guide without actually doing the steps: only completing the bare minimum?

Imagine if you could get all the rewards yet you didn't have without any effort?

Instances can provide you with tons of experience and bags full of loot.

We also practice the TBC Classic dungeons boosting. It's way faster than questing.

There is no LFG system on TBC Classic servers. First, you have to look for the group via chat manually. Then, quite often, run to the entrance yourself. And in the end - try to keep your group together as it might fall apart after the first wipe.

We reckon you don't want to deal with that and get all the boons to yourself hassle-free.

Since these runs can be tedious and long, here is a list of pros for boosting:

TBC Dungeon Boosting will get you prepared!

TBC dungeon loot runs play a significant role when leveling up a character.

Preparing yourself for raids isn't an exception. Completing dungeons in normal and heroic modes brings power to the character.

TBC dungeon gear that drops from heroics can prepare you for further raiding endeavors. Therefore you can get everything you need via boost: gear, gold, and eventually raids.

TBC can be a time sink. Gearing up is another problem on par with farming. You could do so from quests and reputations, yet the latter is farmed out in dungeons too.

Pick the one you need for the most desired items and you’re ready to go: you will get your gear 20-30 minutes later. This is probably the time you would spend just looking for a group with adequate players.

Don’t even mention wipes! You could wipe for a very long time if someone’s being sloppy.

Are you ready to run normals?

You just hit level 60. You probably need some gear. There are many ways out of this situation. You could go grind quests or buy gear off the auction house.

Yet farming for gear after you’ve grinded your way through leveling is a daunting perspective.

Instead, you can run multiple dungeons with our professional boosters.

Why TBC Dungeon Progression is way Better than Grinding quests

TBC instances are a great way to amp up your character's power when you're just starting the game.

Completing a WoW TBC dungeon on normal difficulty drops the keys to heroic versions, allowing you to get the best gear fit for raiding.

Embarking on such a journey takes time, and TBC dungeons WoW aren't the same as retail. It is a time-consuming endeavor; it can leave you exhausted after several runs.

Yet there is nothing to worry about when you can buy a boost: skip the grind and relish in advantages.

To keep it short, if you buy our WoW TBC dungeon carry, you will get:

Finding a party to run dungeons with can be complicated. Some people have a warped sense of what a suitable character for a run should be like. Save up 25% on package deals and forget having to worry about other people’s performance.

Rated 0 out of 5 based on 0 on
Easy & Effective: WoW TBC Dungeon Runs with Real Results

TBC dungeon farming is also an excellent way to get some reputation points. Many factions are tied explicitly to certain end-game instances. These reputations are pretty important early on, with some even having lasting rewards.

For example, Cenarion Expedition, which you can find primarily in Zangarmarsh and other locations, offers several helpful recipes and the Cenarion War Hippogryph. It is an excellent bonus from the WoW TBC boosting dungeons.

So, if you want to get the recognizable mount everyone has to work for, you can get a WoW TBC dungeon boost. Not only will you get gear and gold farmed out, but you also will earn additional reputation points.

We offer you a way of avoiding the endless TBC dungeon rep grind while saving all the benefits. The Burning Crusade Classic dungeons won't be a chore anymore with our boosts.

Are you looking for a group?

Finding a suitable party with competent players is a challenge. You have to spend hours just spamming in chat to find players.

With Gamingcy, you won’t have to spam anywhere. You just order a boost and our professional boosters will start their job immediately.

Apart from running dungeons, you can order a currency farm.

Currencies are an inherent part of the game. TBC is full of time sinks which are unacceptable when you’re playing optimally.

You can get any amount of badges farmed out by our professionals. Badges will be farmed out in 1-4 days in Heroics.

We have a team of more than 2067 players who are eager to farm out badges or run instances for you. They played TBC on retail and have run them a million times.

It is a treasure trove for people who enjoy fast leveling.

You will gain all of the benefits that a dungeon can provide: reputation, gear, XP, and possibly mounts, and you will do so quickly.

There will be no more queuing or spamming in chat for an invite! By buying WoW TBC dungeon boosting from our professional team, you will guarantee yourself a quick way to get desired items.

You can't merely walk into a dungeon on heroic difficulty in Burning Crusade without being attuned to it.

In Outland, there are five dungeon hubs.

To access all of them on heroic difficulty, you must first become Honored (Honored starting from phase 2) with the corresponding faction.

The method for gaining reputation varies by faction. Some provide you rep for completing quests, dailies, or turning in specific things.

However, the most efficient way is to run particular instances on regular difficulty until you have enough rep to unlock special rewards.

Our team has a lot of TBC experience and knows all of the WoW dungeon boosting Burning Crusade shortcuts and skips to have a faster completion time.

Help yourself get attunements

We operate on a flexible timetable, and you are the one who decides when the boost should be applied. Make time work for you, not eat you away.

You won't have to worry about missing raids or other in-game activities because you can only ask us to play when you have free time.

Have fun doing other important things in real life. It’s important to save your time and effort, especially if you’re playing optimally.

There’s nothing better than logging back into the game and finding the item you wanted for so long. It feels like a present.

Place an order for a WoW TBC dungeon boosting and save hundreds of hours!

In case you have any trouble, contact our support available 24\7.